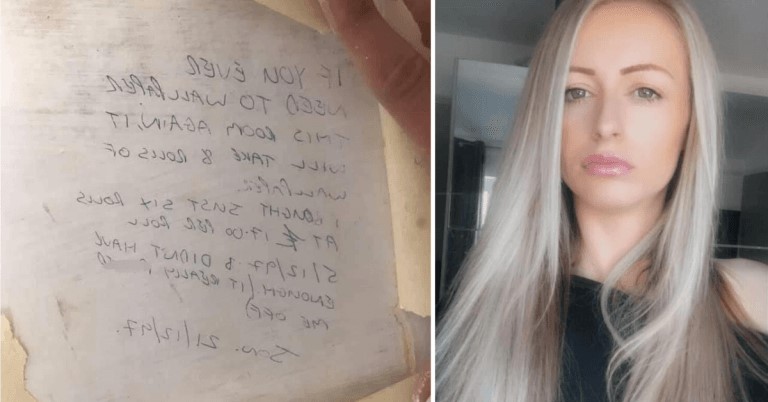 Charlotte Morrison told on the social network Facebook about the story that happened to her the other day. A resident of London and her husband decided to make repairs. When the couple removed the wallpaper from the walls of one of the rooms, they found a strange note. The mysterious manuscript turned out to be a message from a certain John – the former owner of this house.

The note was written back in 1997, when John was also repairing this room and faced a problem: the purchased wallpaper rolls were not enough to finish the entire room. The owner of the house was very upset and decided to protect the subsequent tenants from miscalculation.

In the letter, the man warned that if someone had to wallpaper the walls of the room, he would need to buy at least eight rolls. John himself stocked up on only six during the renovation, which is why he did not have enough finishing material. He admitted in the note that he was very angry about it. 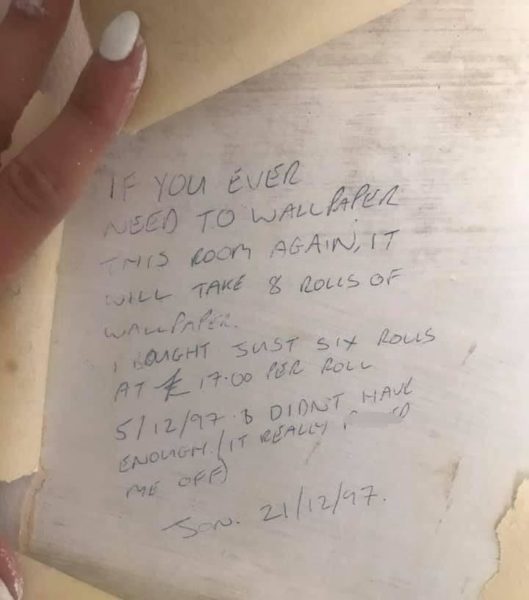 The girl’s post about the unusual find immediately hung up on the network and gained a lot of likes and comments. Users advised Charlotte to frame the letter and hang it on the wall in the same room. The publication was seen by one of John’s relatives who contacted a couple and reported that the former owner of the house does not like social networks and is not registered in any of them. The couple were asked to tell the man that he had become a celebrity thanks to his original idea with the renovation. 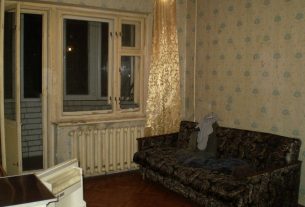