Residents of the small Bashkir village of Alatau had to face blatant injustice. Svetlana Zakharova’s daughter refused to take to kindergarten, arguing that the girl would «scare peers.» Sonya has a deformity of the skull bones, and she is not like other children. Thanks to the volunteers, the story was made public, but after that the parents were given a new reason why their daughter could not attend preschool.

Sofia was refused admission to kindergarten because they said she would «scare away all the pets.» The girl’s mother Svetlana Zakharova has already got used to the «special» attitude, and, most likely, this would have been the end of it if volunteers had not come to visit them. A huge scandal broke out, even an international one — the most reputable world publications wrote about this case.

And the officials immediately changed their anger to mercy. Now they say that Sonya will be allowed to be brought up with peers, but only after surgery. In addition to deforming the bones of the skull, Sonya has fused fingers and toes.

And that’s why she doesn’t belong in kindergarten yet. But the operation is constantly postponed, while doctors understand perfectly well: the sooner it is done, the more chances Sonya has to learn to write, draw or at least hold a spoon. «They have such a mess there. You won’t understand in any way – to Ufa, to Orenburg, to Moscow. We have such doctors. They’re probably cheating. They said we would do the operation, and they fell silent.»

In addition, Svetlana is not issued with a child’s disability. This means that she does not receive preferential payments. They refuse even such trifles as preferential diapers. Svetlana already knows that Sonya is not expected at the local school either. This means that the girl will be deprived of communication with her peers. But any psychologist knows that such children really need socialization. After all, later, when the girl is faced with ridicule, and at the same time there will already be an experience of communication – it will be much easier for her to survive this bullying.

«The sooner she gets the experience of responding, the easier it will be to cope with the conditions in which she lives and grows. The more reactions she gets, the easier it will be for her to accept herself as she is.» Then Sonya will definitely need to explain that the main thing is not the appearance, but the inner being. Until she realizes that she already has to face such ordinary-looking people whose souls are not distinguished by beauty. 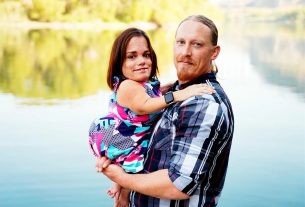 What Does A Boy Who Was Born 6 Years Ago With An Unusual Appearance Look Like Now?